The story of the new church logo

Home > Articles  > The story of the new church logo

26 Aug The story of the new church logo

An Exciting Design Challenge – creating the new look: Jason answers some questions about his involvement in the design of the church’s new logo. 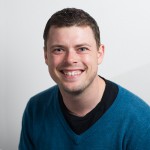 DESIGNING THE NEW LOGO: WAS THAT AN EXCITING OPPORTUNITY OR SCARY PROSPECT?

I knew that designing the new logo for the church was going to be incredibly challenging. The process of changing the name of the church had taken time and much careful thought, prayer and discussion. Ultimately the name change is the outworking of a desire to love our community by adapting ourselves to more effectively engage with people for the sake of the gospel (1 Corinthians 9: 19-23). Once the new name was chosen, however, the next challenge was always going to be graphically representing it in a form that would in some way ‘connect’ with the different generations and cultures of our church and the broader communities we are seeking to reach. I believe the diverse nature of the church (which is such a relational blessing for all of us) created an exciting design challenge; how could we produce something that would be understandable to all and appealing to all, given the vastly different cultures and generations within the church? I loved having the opportunity to try and find the answer to that question.

Ultimately the name change is the outworking of a desire to love our community by adapting ourselves to more effectively engage with people for the sake of the gospel (1 Corinthians 9: 19-23).

WHAT WAS THE DESIGN BRIEF? WERE THERE ANY GUIDELINES FOR YOU TO FOLLOW?

Thankfully yes, there were. The design brief for the logo did help to guide us; it was:

WHAT WERE THE STEPS IN THE PROCESS? WHERE DID YOU START?

We actually started with the font. We spent many hours researching freely available fonts. We attempted to choose a font that is classic and simple though subtly unique enough to stand out and be recognisable. Next was the emblem, which was another exciting puzzle. There were many entertaining brainstorming sessions with people, which were a lot of fun. Creating an image that represented the meaning of the core values was impossible; there was too much information to capture in one graphic. Instead we set out to design something that could form a landing point for the core values, an emblem that we could “fill with meaning” and that could become a talking point for us to explain the heartbeat of the church. We also needed to be aware of the vast array of other logos already commercially in use. I then began the process of presenting many concept sketches and computer images to different groups of people representing the different generations and ministries within the church. Many of the preliminary designs met with a mix of joy, despair and healthy suggestion (I tried not to take too personally the honest and ruthlessly accurate design critique from the children’s ministry!) and the design has been much improved as a result of everyone’s input. It is wonderful to have now arrived at an emblem that has now gained unanimous and heartfelt support from those involved in the process.

IS THERE SOME DEEPER MEANING IN THE EMBLEM OR WAS IT JUST A STRONG SHAPE?

The emblem is made up of four shapes (representing the four core values). The three smaller shapes (from top to bottom) represent our desire to be A SPIRIT-FILLED PEOPLE, to see PEOPLE BECOMING FOLLOWERS OF JESUS (the central shape and red in the full colour version), and to be living as a KINGDOM COMMUNITY. The last and larger shape represents our commitment to go, knowing that our mandate to make disciples is not ONLY limited to OUR local community. Together they give the impression of an arrow, symbolising movement and our desire to go and to keep reaching out into new environments. There is also strategically a “missing shape” in the “shaft” of the arrow to represent a place for each person to become a part of God’s work through the church. It is amazing how much thought and discussion can go into forming four small colourful shapes!

TELL US ABOUT THE NEW BILLBOARDS AND WELCOME SIGN

For the launch of the new name, we also have redesigned the main billboard for the Meadowridge campus as well as a new welcome sign. We have also designed a new banner for the congregation in Muizenberg. Again the challenge was finding an image that did not weight any one generation or culture within the church, was free for us to use at that scale and communicated something of the renewed commitment to keep on continuing the work of Jesus. It is worth mentioning that the structure of the main billboard has also been reworked to give us a bigger sign and also to make it cheaper and easier for us to replace the sign at more frequent intervals. Look out for the Christmas edition coming soon!

HAS THIS BEEN A POSITIVE EXPERIENCE FOR YOU? I am very thankful to have been able to play this part with others in this process; Cathy Innes has also played a significant role, as she has done with all our media at the church. I hope that though the design is new for everyone, there will be enough in the new design for you to connect with. My ultimate hope is that in some way, the new design will create talking points and fresh opportunity to invite people into the wonder of a relationship with Christ. – Jason